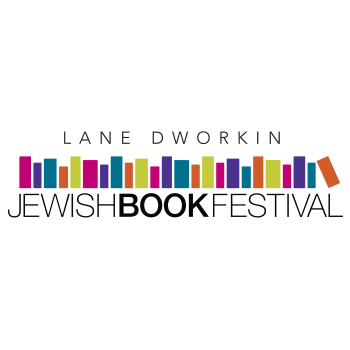 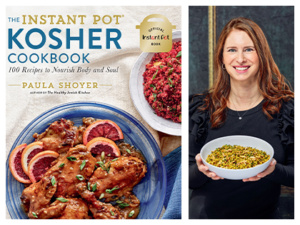 Let’s cook with the Kosher Baker herself, Paula Shoyer! Paula will be pulling out all the stops, making a few delicious dishes just in time for Shavuot! First, it’s NY cheesecake in the Instant Pot® followed by a more traditional recipe for her famed blintzes. Either way, you don’t need an Instant Pot® to participate — all of her recipes can be made using appliances you already own! Both recipes are below if you’d like to purchase your ingredients in advance and cook along with Paula!
Welcome to the first Instant Pot® cookbook to feature kosher food. Paula Shoyer has expertly developed a robust array of both traditional and contemporary kosher recipes for the king of all kitchen appliances: the Instant Pot®!
Jewish food and the Instant Pot® are a natural fit. So many traditional Jewish dishes are soups and stews—prepared before Friday night and kept warm throughout Shabbat, when observant Jews aren’t allowed to cook—and that’s the sweet spot of the Instant Pot®. For decades, Jewish families have relied on slow cookers to achieve the soft, flavor-filled stews of their ancestors, but they lamented the time required. Now, the Instant Pot® allows for vastly shorter cooking times without compromising flavor or texture. The Instant Pot ® Kosher Cookbook includes timeless Jewish favorites tailored to this modern appliance: stuffed cabbage, Israeli cooked salads, corned beef, brisket, cholent, Yemenite and Persian beef and lamb stews, chicken soup, beet soup, kasha varnishkes, tzimmis, even apple cake. There are weeknight meals as well as recipes for Shabbat, Rosh Hashanah, and Passover, along with kosher versions of international classics such as lasagna, sesame noodles, arroz con pollo, Asian noodle soups, and risotto—all expertly and deliciously adapted to the Instant Pot®.
Paula Shoyer is the author of The Healthy Jewish Kitchen, The Holiday Kosher Baker, The Kosher Baker, and The New Passover Menu. She has a degree in French pastry from the Ritz Escoffier in Paris and does cooking classes and talks all around the world. Paula was honored by Jewish Women International as a “Woman to Watch.” More about Paula can be found on her website at thekosherbaker.com and on instagram @kosherbaker and on Facebook at The Kosher Baker.