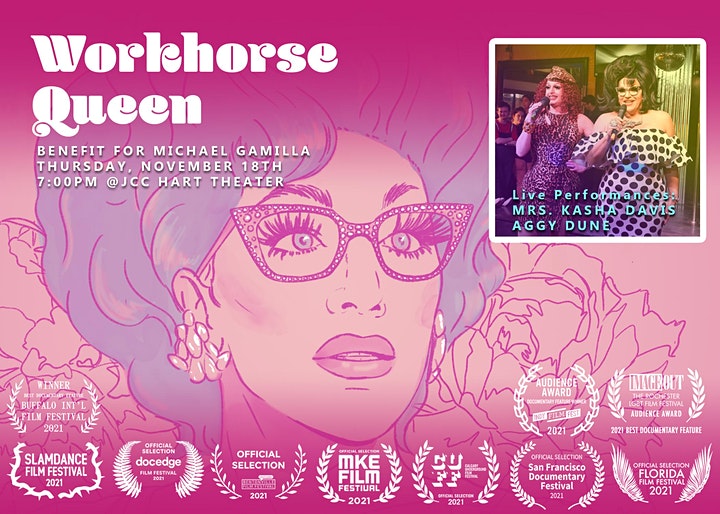 An evening of film and drag! A fundraiser for community leader Michael Gamilla who is fighting Acute Myeloid Leukemia.

Workhorse Queen is a film about the prolific local Rochester drag scene and the importance of community to a thriving queer performance culture. It’s for this reason that the subjects and crew of Workhorse Queen wanted to come together to celebrate and support Michael Gamilla, Programming Director of ImageOut: The Rochester LGBT Film Festival, as he battles with Acute Myeloid Leukemia.

All of the proceeds of this public screening of Workhorse Queen and the performance event following will go toward Michael’s medical costs. Workhorse Queen screened in the ImageOut: First Cut Spring Festival in May, and the crew and subjects of the film are extraordinarily grateful for the support Michael has given to the film, the performers, and the Rochester community.

*All audience members 12 and older will be required to show proof of full Covid-19 vaccination (completed at least 14 days prior to the date of the event) upon arrival. Masks will be required at all times.

Unable to attend? You can make a direct donation to Michael at his Venmo @GamealsOnWheels