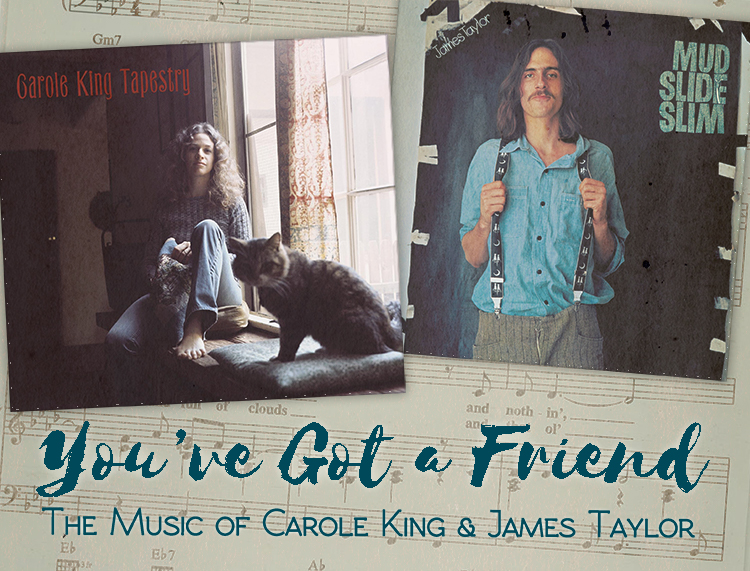 You’ve Got a Friend: The Music of Carole King & James Taylor

Performance will be available to view online any time between February 6–21, 2021.

Closed captions are available for this performance. Click “CC” in the lower right of the video to activate.