CenterStage’s 45th Season is Home-Grown
Live theatre is back in the JCC Hart Theater! Our new season is filled with epic homecomings, world premiere productions, and Artistic Director Ralph Meranto’s return to the stage.

All audience members 12 and older will be required to show proof of full Covid-19 vaccination (completed at least 14 days prior to the date of the event) upon arrival. Masks will be required for all indoor events at this time.
For complete details and options for medial exemptions and social distance requests, click here or email centerstage@jccrochester.org 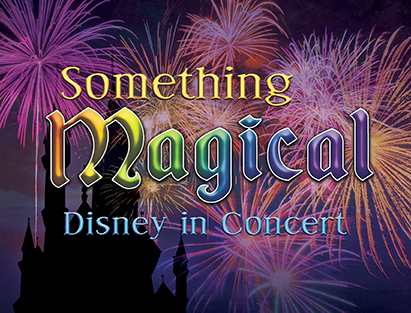 SOMETHING MAGICAL…Disney in Concert
December 4–19, 2021 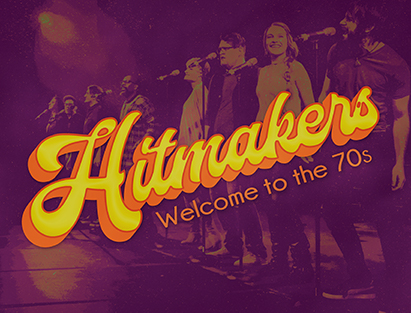 HITMAKERS: Welcome to the 70s
February 5–20, 2022
ALL-NEW SHOW – Our newest tribute to the history of popular music highlights the diversity of rock music in the early 1970s with hits from Bill Withers, Stevie Wonder, The Carpenters, The Staple Singers, Al Green, Carly Simon, Elton John, and more.
Details + Tickets 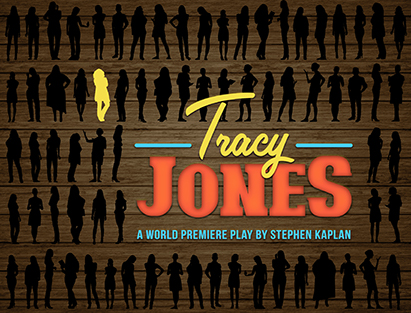 TRACY JONES
March 5–20, 2022
A WORLD PREMIERE play by Stephen Kaplan
Tracy Jones feels very alone in world. Her solution? Rent the party room of “Jones Street Bar and Grill (the Place for Wings and Things)” and invite every woman in the world who is also named Tracy Jones! Will anyone come? Will she find a kindred spirit? And will her Personal-Party-host-with-the-most ever let her pour her own soda?
Details + Tickets 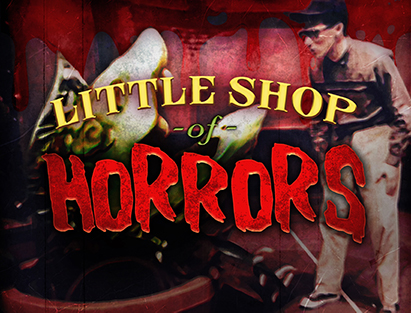 LITTLE SHOP OF HORRORS
May 7–22, 2022
A deviously delicious Broadway and Hollywood sci-fi smash musical, Little Shop Of Horrors has devoured the hearts of theatre-goers for 40 years. Artistic Director Ralph Meranto made his JCC debut as Seymour Krelborn in 1987 with then Artistic Director Herb Katz as Mr. Mushnik. This time, Ralph steps into the role of Mr. Mushnik and our own Marc Cataldi stars as Seymour. Presented in Memory of Herb Katz.
Details + Tickets
About Us
Covid-19 Policy
Subscribe
Auditions
History
Group Sales
Volunteer
Contact
About Us

CenterStage Theatre has been delivering spectacular performances that touch and inspire audiences for more than 40 seasons, including original plays and Broadway hits. We continue to open minds, start conversations, and delight theatre lovers, thanks to the support of patrons, volunteers, and sponsors.

The mission of CenterStage Theatre at the JCC is to entertain, enlighten and educate the Greater Rochester community by providing quality theatre that is relevant to the Jewish experience and has universal appeal.

Our focus is developing new works, presenting world and area premieres of America’s hottest new plays and musicals and re-imagining beloved classics. We love plays and musicals that spark conversations, celebrate world-changing people and events and bring the world closer together.

All audience members 12 and older will be required to show proof of full Covid-19 vaccination (completed at least 14 days prior to the date of the event) upon arrival.
Masks will be required for all indoor events at this time.
Click here for complete details.
For options for medial exemptions and social distance requests, email centerstage@jccrochester.org
Subscribe

Get discounted tickets when you buy 3, 4, or 5-show packages.

Plus, free unlimited exchanges and no ticketing fees!

CenterStage’s 2021-22 Season is sponsored by

Roles for singers/performers of all races and genders!

Announcing auditions for performers in two original musical revue/cabaret style shows. You can audition for either or both shows at the same time. Please being sheet music in the correct key. Accompanist will be provided.

ALL PERFORMERS MUST BE FULLY VACCINATED TO PARTICIPATE IN CENTERSTAGE SHOWS THIS SEASON. NO EXCEPTIONS.

We are following industry and CDC guidelines. If you are not fully vaccinated but plan to be before rehearsals begin you can audition via video submission. Proof of vaccination will be required 30 days before the first rehearsal.

Online submission welcomed if you are not able to attend. Please email a link to an uploaded video to centerstage@jccrochester.org. A video uploaded to an unlisted Youtube address usually works best. Please include contact information, resume, or performance experience and specify which show(s) you are auditioning for.

All performers are paid a stipend for the rehearsal and performance period. 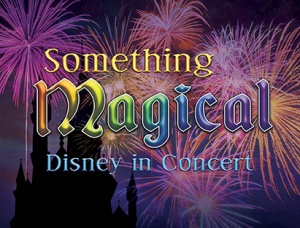 SOMETHING MAGICAL…DISNEY IN CONCERT
December 4-19, 2021

SOMETHING MAGICAL will include a cast of of 6+ that vary in race, gender, and vocal styles. Skilled singers required. Movement ability helpful. Come prepared with a song form any Disney film that shows off your vocal ability and range. Rehearsals begin in October. Please bring a list of potential conflicts. 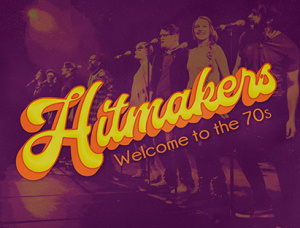 ALL-NEW SHOW – Our newest tribute to the history of popular music highlights the diversity of rock music in the early 1970s with hits from The Eagles, Bill Withers, Stevie Wonder, The Carpenters, Carly Simon, Elton John, and more.

HITMAKERS cast will be a mix of returning cast from prior shows and new cast members. Primarily looking for BIPOC performers for the open tracks. Skilled singers required. Movement ability helpful. Come prepared with a pop tune of the era that shows off your vocal ability and range. Rehearsals begin in December. Please bring a list of potential conflicts.

Theatre has also always been an important component of JY/JCC cultural arts offerings.  Many shows were produced in the JY auditorium on Andrews Street. these shows were able to be produced in the newly built JCC Hart Theater. With superb acoustics and audience views from every seat in the house, the theater created an opportunity for an expanded focus on the arts.

In 1977 a committee of JCC volunteers launched a national search for a professional theater director. The committee selected Philadelphia-based actor/producer Herb Katz and JCC CenterStage was born.

Group pricing rates available for groups of 10 or more.
Contact us for details.
Volunteer

All CenterStage volunteers must be fully vaccinated.

To learn more about volunteer opportunities, including backstage, front of house, and ushers, contact us.

It’s no secret that the arts were severely impacted by the pandemic. Even in normal years, ticket sales only cover around half of our total expenses. It’s our subscribers, sponsors, and donors that make it possible for us to present the high quality programming you have come to expect from CenterStage.
Gifts of $1,000 or more receive two subscription packages for all five season shows. Please contact us about show sponsorships and other underwriting opportunities. All donors over $100 receive listings in all season playbills and access to the Lipson Lounge for season performances.

E-mail centerstage@jccrochester.org with any questions, or click below to give today!

Crafted from the actual testimonies of Rochester-based Holocaust Survivors, CenterStage Theatre and the Louis S. Wolk Jewish Community Center of Greater Rochester commissioned this new play to put a human face on this important time in history. A cautionary tale on the risks of normalized hate, this inspirational and uplifting play ensures that the voices of our Survivors will never be silenced.